Every year, more than five million people apply to be in the audience for ‘Strictly Come Dancing’, making it the hottest ticket in town for TV fans.

For those lucky enough to get their hands on one, it not only gives them the chance to see those show-stopping routines up close, but you also uncover plenty of juicy backstage secrets.

1. ‘Strictly’ is filmed at Elstree Studios in Borehamwood on the iconic George Lucas Stage, where the original ‘Star Wars’ movies were filmed.

2. The studio is just a stone’s throw from the ‘Big Brother’ house, and the stage used to act as the interview area for Davina McCall to chat to evicted housemates when the show still aired on Channel 4.

3. The studio can only accommodate around 600 people, which is why competition for tickets is so tight.

4. Audience members are held in a marquee in the studio car park for a couple of hours before they are allowed in the studio. There are toilets and a cash bar for them too.

5. Many members of the public who have tickets start queuing outside the studio gates in the morning to ensure they definitely get in, as bosses have to oversubscribe the amount of tickets they give away in case people drop out or can’t make it.

6. There is also a backstage VIP marquee, where all the contestants’ family and friends, production guests and any members of the press are held prior to the show.

7. In the bar, guests can buy a drink, have their photos taken against the ‘Strictly’ photo boards or watch last week’s episode on various monitors throughout the marquee.

8. After the show, the celebs and contestants will head back to this bar to celebrate with friends and family.

9. Every single audience member must hand in their phone before they enter the studio, which is why you hardly ever see pictures of the public in the ballroom or on the dancefloor.

10. There’s a warm-up guy who keeps the audience entertained before all the action starts, and pops up at other various points during the evening.

11. Tess and Claudia come onto the set about 20 minutes before the live show starts to rehearse their opening link and record some trailers.

12. They also crack some gags with the audience. Claudia often moans about how tight her Spanx are and the amount of wind they give her, while Tess will also have a chat with any celebs in the crowd.

13. While the dancers are on the floor, Tess sits behind a pillar in the audience, watching the show on a monitor and looking over her scripts with her floor manager.

14. Claudia stays up in her ‘Clauditorium’ for the majority of the show, also watching the routines on a monitor.

15. The audience who sit on the balconies above the dancefloor are not allowed to stand during any standing ovations for health and safety reasons.

16. The judges actually give their scores prior to giving any feedback to the contestants. They have a little keypad on their desks where they input their marks, so the graphics department know what they will award prior to them holding up their paddles.

17. The autocues the presenters use have some of the trickier names of the contestants and dancers spelt out for them phonetically so that they don’t pronounce them wrong live on air.

18. Shirley is the most animated of all the judges during the contestants’ routines, singing and dancing along with many of the songs.

19. You can’t really see the VTs played during the show unless you crane your neck up to see some subtly placed TVs up in the lighting rig.

20. The results show is actually pre-recorded on the same night as the live show.

21. There is a short break in between filming, where the audience get given a Kit Kat and a carton of juice as refreshments, while you’re also able to nip out to the loo.

22. Some members of the audience are also shuffled around, so they’re not in prime position on both Saturday and Sunday night’s show.

23. The results show is filmed a bit out of sequence to how you see it on the telly, with any group dances or celebrity performances being shot first and then inserted into the right places in the edit.

24. Tess and Claudia, as well as the judges, then come on with completely different outfits, hair and make up, as they shoot the rest of the results show.

25. Being pre-recorded, they can re-shoot any links or parts of interviews they mess up, which happens quite a lot compared to the live show.

26. The audience are obviously privy to who leaves the competition a whole day before it airs on TV, and are therefore sworn to secrecy and told not to publish the results on social media.

27. While a ‘Strictly’ live show may vary from between an hour to two-and-a-half hours, you are actually in the studio for more than five hours.

28. After the recording finishes, you are escorted out of the studio and must pick up phones and coats from the cloakrooms.

29. Then, after spending five hours in the glamour of the ‘Strictly’ ballroom, you’re soon back out in the middle of a trading estate in Borehamwood.

‘Strictly Come Dancing’ continues on Saturday at 6.35pm on BBC One. 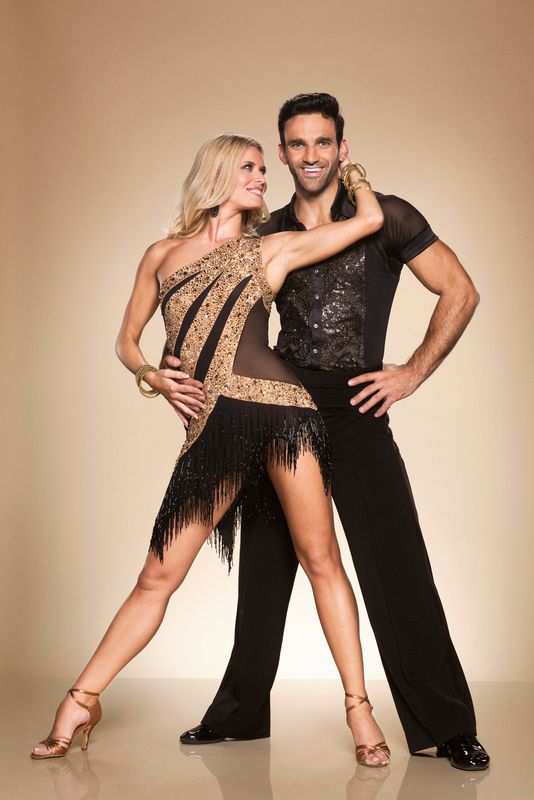 Idris Elba Reveals He Was Turned Down ...