Animosity towards Gerard Pique from supporters of the Spanish national team intensified on Monday when he was jeered and taunted at an open training session in Madrid.

The Barcelona defender has long since split opinion among fans of the national team. He won the World Cup and Euros with Spain in 2010 and 2012 but has been a vocal supporter of Catalonia’s referendum on independence.

In Spain’s recent World Cup qualifier against Italy at the Santiago Bernabeu he was applauded and whistled in equal measure but that was not the case at Spain’s Las Rozas training complex. 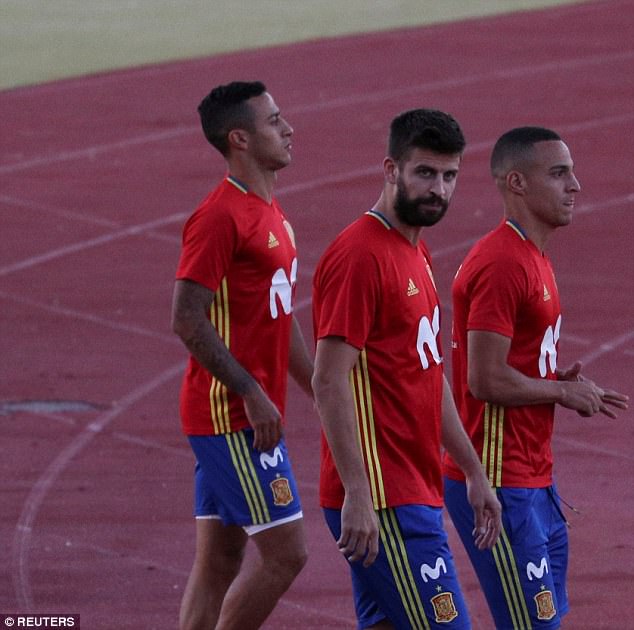 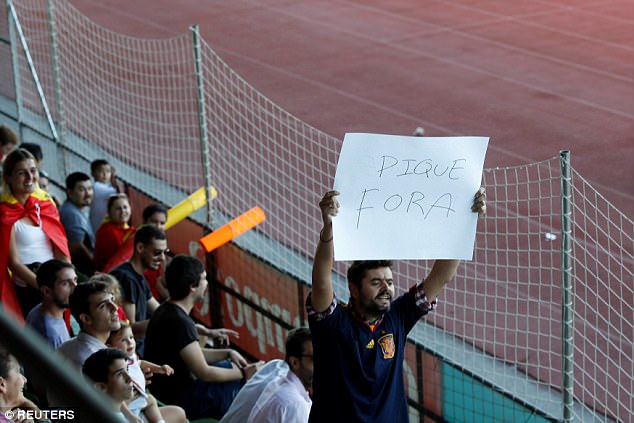 The majority of supporters made the views known, with one fan holding a ‘Pique out’ sign 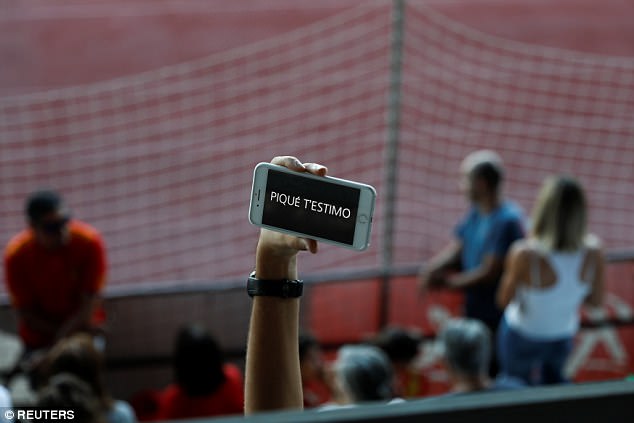 But one fan fashioned their own sign on their phone, which read ‘Pique, I love you’ in Catalan

There were around 1,500 supporters allowed to watch the team train and many sang ‘Pique carbon, España es tu nación’ which translates as ‘Pique bastard, Spain is your nation’.

One banner, written in Catalan read ‘Pique out’ and another read: ‘My mum says to be independent you have to leave home.’ El Mundo Deportivo reported that Spanish police had taken away one banner which read: ‘Pique we don’t want you to leave; we want you to be kicked out. You are disgusting.’

Pique did not want Barcelona’s match with Las Palmas to be played on Sunday after scenes of police brutality against people voting in the region’s referendum.

He described it as his worst day in sport and said afterwards: ‘I think I can keep playing for the Spain team because I think that there are many people throughout the country that are completely against the acts we have seen today and who believe in democracy.

‘If the Spain manager or the Spanish FA think I’m a problem then I have no problem in stepping aside and leaving the team before 2018.

‘Joining up with the Spain team is not a patriotism competition. There are players who were not born in Spain and have given everything when they have played for Spain. It’s about giving everything which I have always done.’ 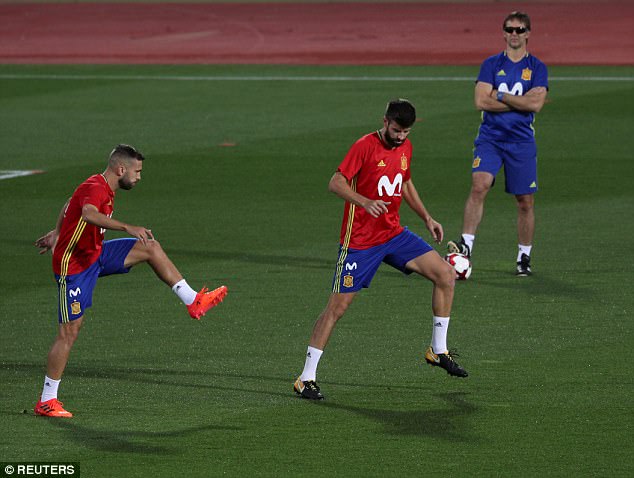 The training session ended for Pique and many of the senior players after around 25 minutes.

Many of them will have only been planning a gentle half hour because they played on Sunday. The Madrid players played less than 24 hours ago. But the unpleasant atmosphere will have added to the desire to cut short the session as soon as possible.

Spain play Albania in Alicante on Friday and then Israel next Monday in Jerusalem. Pique is expected to start both games alongside Sergio Ramos as the Group G leaders look to wrap up qualification to next year’s World Cup.

Looking for some noteworthy piece of news? Want to get the latest guidelines on home decor? Do you feel as if the entertainment news you read somewhere else was just full of idle hype? You are most welcome to Sniffpublishing.com, the home enlightening news.

Sniffpublishing.com is an all-round, informative news and guides site. Our commitment is in the provision of credible pieces that are not only interesting but also useful to our readers. Everything contained on our site has been peer reviewed to ensure the accuracy read more…

Searching is in progress